Senior Pastor
Isaac D Salgado Isaac responded to the call of ministry in Mexico. In 2002 all his family moved to South Georgia and he attended Asbury Theological Seminary. In 2004 the family was moved to Lake Park to serve as an associate pastor of Hispanic ministries. Since the end of 2015, he served as the pastor at Lake Park UMC. In 2019, Isaac and his family moved to Waynesboro FUMC and is excited to see what God will do through Him.

Ms. Grogan has served as Administrative Assistant for the Waynesboro First United Methodist Church since November, 1990.

She attended Georgia Southern College where she received a Secretarial Degree. Ms. Grogan is an active member of the Georgia Chapter and the National Organization of Professional Association of United Methodist Church Secretaries. In 1999, she became a certified United Methodist Church Secretary, completing this course at Emory University. Ms. Grogan has held several positions in the Georgia Chapter and was named Church Secretary of the Year for 2002-2003. In 2016 she will serve on the Finance Committee of the local chapter.

Mrs. Grogan was married to Early Monroe (Jack) Grogan, Jr. until his death in 1992. She has two children, Wanda Shyrock and Alan Grogan, and four grandchildren. Ms. Grogan is a member of the Waynesboro First Baptist Church.

Director of Music and Children's Ministries

Ms. McCook has served in ministry at Waynesboro First United Methodist church since January 1999.  Prior to her arrival to Waynesboro, she worked in the nursery/children's ministries at First Baptist, Vidalia, Georgia.

She is a graduate of Brewton Parker College, having completed a Bachelor of Arts Degree in Music with a Concentration in Vocal Performance in June, 1998.

Ms. McCook is the daughter of Rev. Tom & Dian McCook. Rev. McCook is a former pastor of WFUMC and served in the South Georgia conference for 34 years before retiring in 2012.
​

She studied voice at the New England Conservatory, Boston, Massachusetts from 1965-66. She attended Georgia Southern College from 1969-71 and Augusta College while she taught Senior English at Curtis Baptist High School, 1975-77. She has sung with major oratorio groups in Athens, Raleigh, Tallahassee and Charlotte, where she was a member of the Charlotte Festival Singers from 1999-2007. This vocal ensemble was invited to perform at the Spoleto Music Festival in Charleston, SC for many years.

She married Ken Stanford at Fleming Baptist Church, Augusta in 1972. They have two grown sons, Kevin and Geoff, both who live in North Carolina.
Director of Youth Ministries

Dylan has been the Director of our Youth ministries since October 2019. 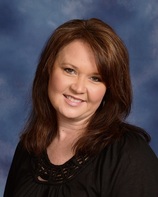 Mrs. Jenkins has been the Director of our Preschool ministries since . . .